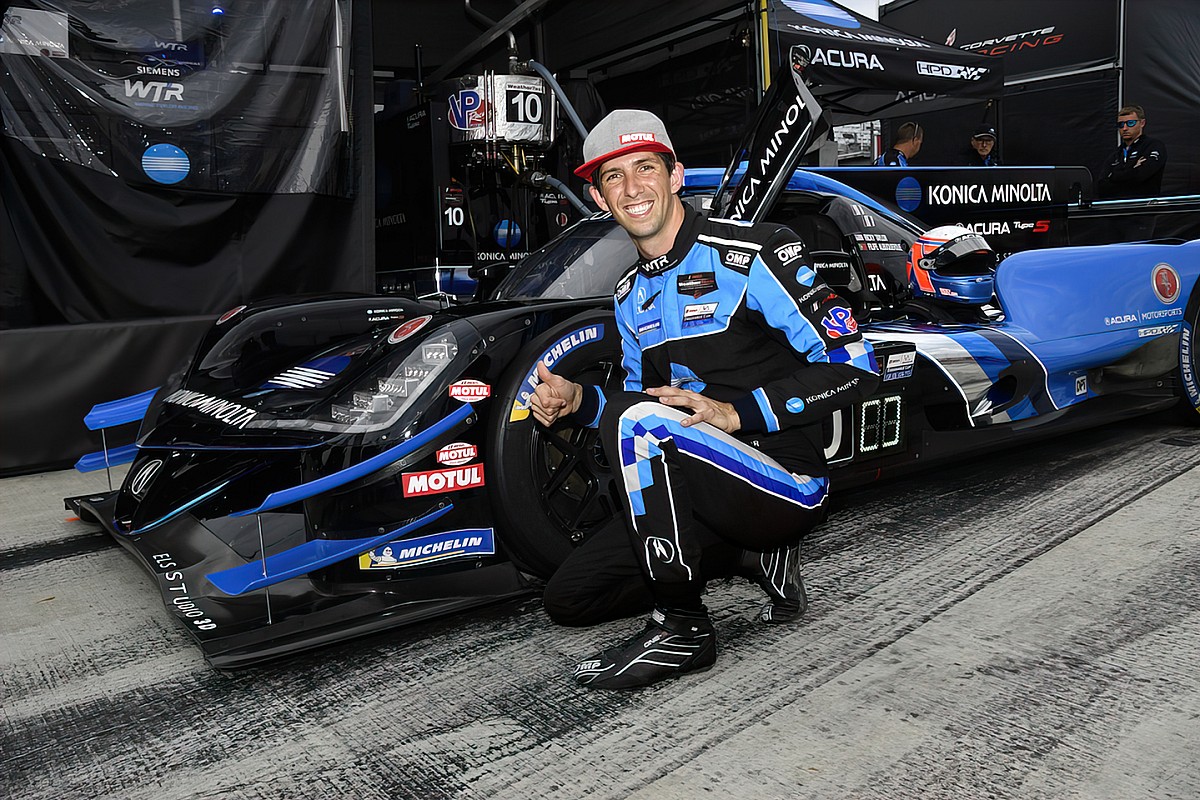 After a very entertaining session, Kevin Magnussen came out the fastest of the Cadillac DPi-VR riders, finishing third ahead of Pipo Derani’s Action Express Racing Caddy.

Six Hours of The Glen hero Harry Tincknell in the Mazda RT24-P ran wide enough at Turn 8 to tear off a billboard on his front left corner so he couldn’t improve his time as conditions of track are improving. , and will start fifth, ahead of JDC Miller Motorsports in the Cadillac DPi-VR

Ben Keating of PR1 Mathiasen Motorsports won the LMP2 pole with a brilliant race to the checkered flag with a lap 0.423 seconds faster than Steven Thomas’ best in the WIN Autosport car.

Theodor Olsen gave a chance to start on the front row of the six-car LMP3 field and pulled out the red flag with 2 minutes remaining.

By that time Matteo Llarena in Performance Tech Motorsports had proven the class of the peloton, 0.735 seconds ahead of Jon Bennett’s CORE motorsport machine and 1 second ahead of Jarett Andretti in the Andretti Autosport machine.

In the GT Le Mans battle, Jordan Taylor put the No.3 Corvette on pole for the second straight week at Watkins Glen, 0.224 seconds ahead of Nick Tandy.

Richard Heistand was next in the Carbahn Peregringe Racing Audi R8, followed by the two Acura NSXs of Gradient Racing and Compass Racing respectively, with Roman De Angelis sixth in the Aston Martin Vantage of Heart of Racing.

Then the Pros came out to decide on qualifying points, and Bill Auberlen went to the top of the speed rankings with his first flyer, but dove inside the Compass Acura – now driven by Mario Farnbacher – at Turn 6. and spun.

Despite the distraction, the two looked superb for the remainder of the session, with the two placing second and fourth respectively, but neither had an answer for Jack Hawksworth’s # 14 Lexus VSR which came out the most. rapid half a century. second on Auberlen, Daniel Morad finishing third on the Mercedes AMG GT3 from Alegra Motorsports.

Ferrari was "most willing" to supply the engine - Motorsport Week

Turner Motorsport dominates 120 from Sahlen to The Glen