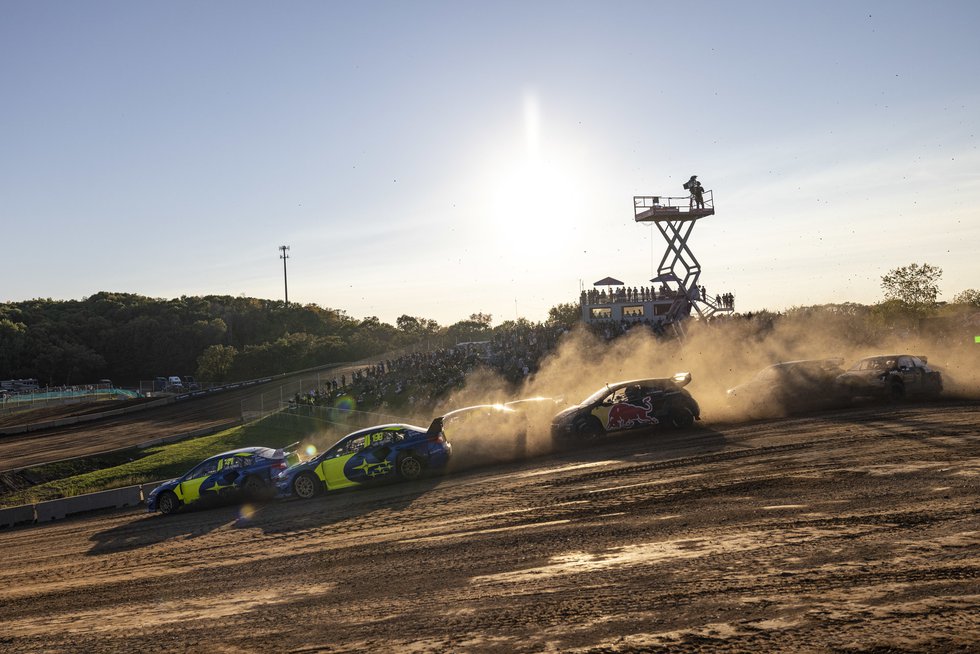 ELK RIVER, Minnesota, October 4, 2021 / PRNewswire / – Subaru Motorsport United States won a double in Round 2 of the Nitro Rallycross season at ERX Motor Park, with Scott speed winning a resounding victory in his WRX STI # 41 from pole position in the final; his first victory in more than two years after a back injury suffered in 2019 and Nitro RX’s first-ever victory for Subaru. Nitro Rallycross teammate and brain Travis Pastrana worked his way up to a second place overall, his first podium in the series he helped create. Andreas Bakkerud WRX STI # 13 finished seventh overall despite a puncture that occurred in the first lap of the Final.

“It’s an incredible feeling to be back on the top step!” Speed ​​said after his victory. “I had a really long way back after being injured in 2019, and although we were quick last week in Utah we didn’t feel like we got the results we should have. But the car was fast this weekend and we made some tactical decisions that paid off with two Subarus in the front row in the final so from there it was me and Travis to keep things going. clean and take the trophy home. “

As the first Nitro RX moving away from the series’ founding track in Utah, the ERX Motor Park event has proven to be a rider and fan favorite with fast and fluid terrain, lots of jumps and wide sections providing plenty of passing opportunities. A rainy Saturday created varying conditions in the qualifying races, but Pastrana and Speed ​​made their way through the field of American and world rallycross stars to gain critical front-row positions for the qualifying races of the Sunday.

Sunday’s opening round was a rout for the blue and gold WRX STI rallycross cars, with Pastrana and Speed ​​both winning their qualifying races to secure an all-Subaru front row in the final. Bakkerud, who had been knocked out at the start of Saturday’s qualifying battles and was sixth on the grid for his race, made a dazzling inside movement early in the race to move up to second behind Speed ​​and qualify. for the second row of the final.

A thrilling final race saw Speed ​​take the lead from the start and never look back, while Pastrana briefly dropped to fifth place before making his way back to second. Bakkerud pushed hard despite an early puncture, sinking his tire all the way to the rim en route to seventh place in the final ten-car field. Speed ​​is now on par with former world champion RX Timmy hansen for first place in the Nitro RX Drivers’ Championship in five rounds, Pastrana being fourth and Bakkerud eighth.

Subaru Motorsport United States will return to competition as the American Rally Association Championship concludes at the Oregon Trail Rally November 5e-7e, before the return of the Nitro Rallycross to the Wild Horse Pass Motorsports Park in Phoenix, Arizona November 13e-14e.

About Subaru of America, Inc.

Subaru of America, Inc. (SOA) is a wholly owned subsidiary of Subaru Corporation of Japan. Based in a zero landfill office in Camden, New Jersey, the company markets and distributes Subaru vehicles, parts and accessories through a network of more than 630 retailers across United States. All Subaru products are manufactured in non-landfill plants and Subaru of Indiana Automotive, Inc. is the only auto manufacturing plant in the United States to be designated as Wildlife Habitat by the National Wildlife Federation. SOA is guided by the Subaru Promise of Love, which is the company’s vision to show love and respect to everyone, and to support its communities and customers across the country. Over the past 20 years, SOA has donated more than $ 200 million to causes close to the heart of the Subaru family and its employees have accumulated more than 63,000 volunteer hours. As a business, Subaru believes in doing your part to make a positive impact in the world because it is the right thing to do. For more information, visit media.subaru.com. Follow us on Facebook, Twitter, and Instagram.