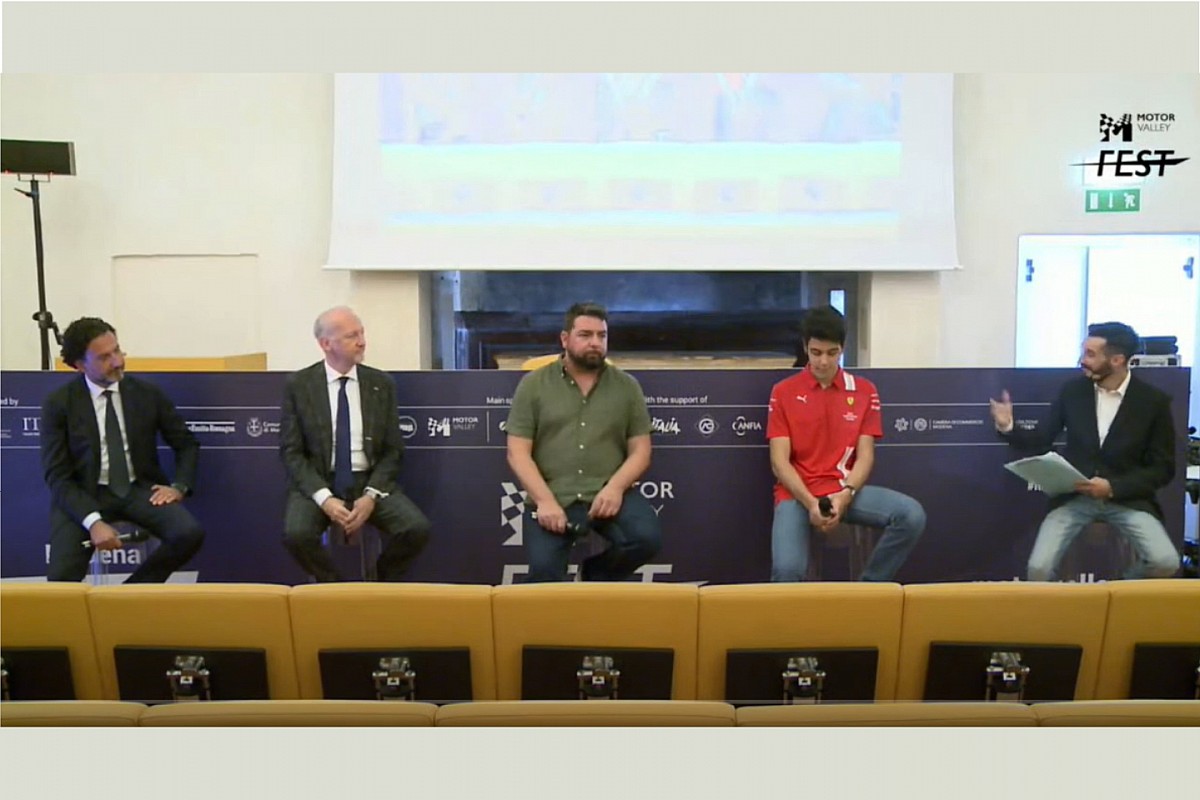 The world of esports and sim racing has been making headlines for the past 18 months – thanks to the global pandemic and the proliferation on mainstream media and social media that few people predicted. This explosion has found fertile ground for motorsport projects that are growing in scale. On the flip side, the reality is that Esports was a billion dollar business last year.

Thanks to the media exposure, categories such as the GT World Championship were able to bring the two worlds closer together thanks to the development of specific software for the general public, and at the same time the development of the platforms and rigs in which the made capable of creating new realities and new performances for both amateur and professional pilots.

In reality, the image of such a deeply ingrained phenomenon – the simulation race – is just the tip of the iceberg in a universe of multiple applications and multiple developments. All this was discussed during the Motor Valley Fest conference dedicated to sim racing, augmented reality, virtual reality and its fields of application.

“Due to the confinement period, we had the opportunity to be able to virtually race real drivers, as well as VIPs such as Valentino Rossi, Tony Parker or Charles Leclerc himself, in organized races and more and more developed. It was a phenomenon. which immediately expanded, virtually recreating actual events, with a large audience of the pilots themselves, ”said Alessio Cicolari, CEO of AK Informatica. “Behind the world of sim racing, there are new jobs, like that of Esports director for example.”

Online there has also been a convergence between virtual and real racing, not only in terms of drivers, but championships as well. The example of the GT World challenge is evident with a traditional race weekend, with a virtual race in the middle in a Hub in the paddock with 24 simulators.

“A structure of 500 square meters with 24 simulators with a pilot for each team. There are points for the team and 6000 euros for the winner. The crucial question has been demonstrated by the effort that the manufacturers have provided. Ferrari and the others that they have understood that this is a new way of showing off and at the same time a new way of seeing the racing world. “

But what does it mean to organize an event online?

“It’s almost more complicated than the real one. You have to deal with connections from all over the world. There are so many technologies mixing together that you have to work in sync, with each simulation pilot using latency times. weak or different, depending on what your hardware system is as well. “

The conference at Motor Valley also provided an opportunity to chat with young talented Ferrari DFA Giovanni De Salvo. From the training of Pierre Gasly on the starting grid to the GP of Styria, when he was training with his coach on his reactions to tennis balls. So how does a virtual driver train?

“It is clear that the physical effort of a real driver is much more important for the G forces, but in races of more than an hour if on the one hand the strength of a real driver is not required, but good physical shape – at high levels – makes all the difference; a virtual pilot must develop reflexes especially if you are in combat or playing a position on the threshold of thousandths.

“We do specific training in this area. Unlike real racers who test drive the car on Friday in free practice, we practice practically every day of the week. In terms of driving, it’s very similar. There are many more similarities than differences. It is no coincidence that even real drivers use the simulators to discover new tracks, braking points, etc.

Simulation races also provide a relatively inexpensive getaway for inclusion, both physically and socially, for global access. The recent example is Robert Wickens, an IndyCar driver who suffered a dramatic accident in Pocono in 2019.

The former DTM champion, who remains severely disabled with severe leg problems from trauma and spinal fractures, took advantage of the COVID-19 pandemic to participate in a virtual IndyCar race with those who were his rivals on the track.

“Also, if the difference, in terms of physical strength – between a man and a woman – can be equalized, sim racing is much more open.”

A world which, among other things, changes the visual framework and perception, has increasingly fundamental fields of application in the racing sector. Here, even more than in its “end” use for the general public, the virtual world and augmented reality are now fundamental stages in the development of a medium: “The use of simulation technology for real products is essential. spreads a lot, ”Giacomo said. Danisi by the namesake Danisi Technical Simulation.

“Simulation has become fundamental for design, development and technology. It’s a fact. But it is now also fundamental in terms of entertainment and promotion of a series of motor races, also in social terms. There are video games that allow you to buy food. for refugees while playing, ”said Rodi Basso, co-founder and CEO of E1 Series. “Car racing with the sim can also offer new professional skills, and new access channels. The switch from karts to Formula 1 is now almost unsustainable in terms of costs. It is therefore an instrument that can also allow a transverse access route. “

The full limits of Esports and sim racing remain to be explored and with a significant and absolute impact in terms of immersion and inclusiveness, through what augmented reality is, as George Efstratoudakis of Behavior reminds us. Business Solutions.

It may also have applications in the medical field, following the announcement of the opening of a medical simulation room thanks to funds donated by Gresini Racing to the Maggiore hospital in Bologna.

From sim racing to prototype racing, including systems capable of improving our health system: it is a world that is increasingly interconnected between virtual and reality.

"There's more to come" after second place at Road America

Pedders to support the Brown Erebus entry into Townsville