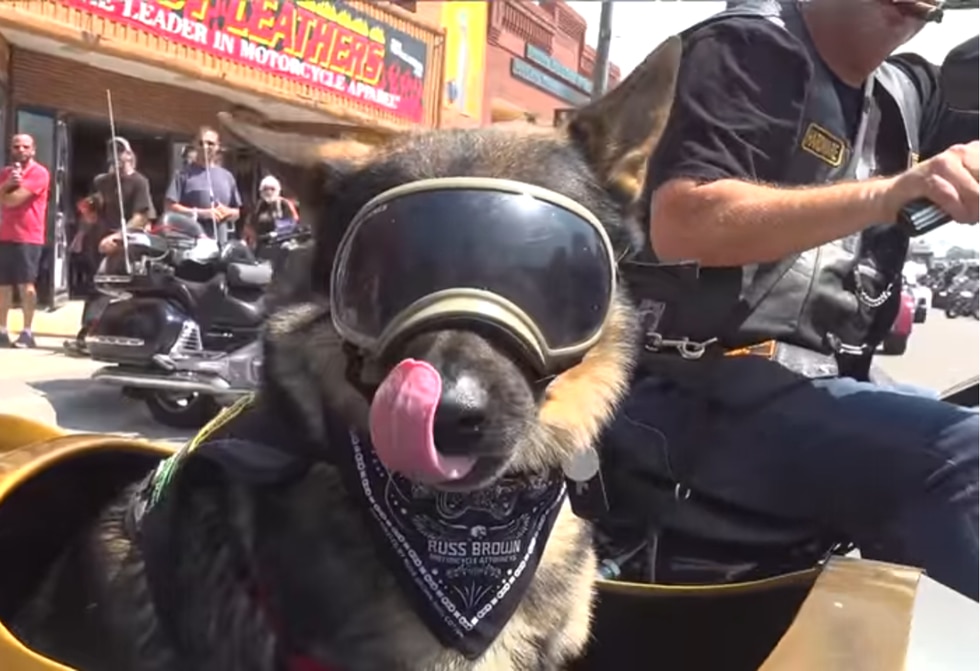 RAPID CITY, SD (KOTA) – At the Sturgis Rally, a common image that comes to mind are bikers in black leather. Well, it turns out that those bikers come in all shapes and sizes. Including the 4-legged and furry kind.

This is the duos first Sturgis Rally and Mike says they’ve ridden together all over the Hills during the past week. Which, is nothing for Scott, as he’s been riding in the side car, or bullet, for the last five years.

Mike and Scott have forged a bond over the last half decade that has made them inseparable.

”I got injured in the army pretty bad, so I needed to get a service dog. So, I got him, and he just has to be near me. Me to him too. Love him to death, man. My little buddy. Huh, are you my little buddy, ”asked Mike to his best friend, Scott.

Mike says he used to tether him in when he was younger, but he doesn’t need to anymore. He says Scott loves the breeze in his fur, but if they get going too fast, he’ll just burrow into the bullet.

Mike has had Scott since he was 11-weeks old and has traveled all over the nation with him. He says he’s looking forward to many more adventures.

Lundgaard to make IndyCar debut on the Indy road circuit