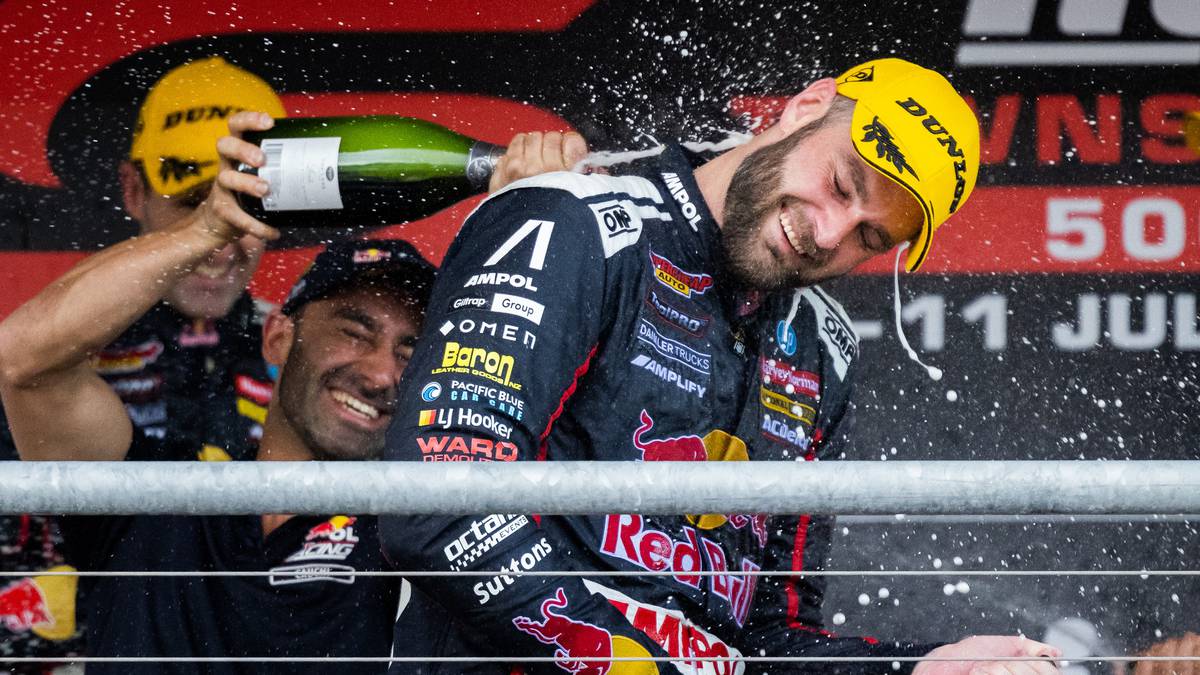 Shane van Gisbergen claimed his 50th Supercar victory, extending his lead at the top of the 2021 standings.

The Kiwi won both Townsville 500 races this weekend to raise the bar and further widen their gap over Red Bull Ampol Racing teammate Jamie Whincup in the season standings.

Today’s victory was van Gisbergen’s 10th out of 16 races in 2021, becoming the seventh driver to win 10 or more races in a season, with 15 races remaining in this campaign to rack up more wins.

Qualified to start second in the race, van Gisbergen immediately had to catch up from the start as he was relegated to fourth in the first corner.

He was able to come back to third place at the second corner, but it was not until the 11th that he returned to his starting position.

Whincup, who started from pole position, held a clear lead early in the race, but after van Gisbergen was able to come back forward he looked to challenge Whincup at the front of the field.

Accompanying him in the early laps before the lead changed hands as the pair suffered their pit stops, van Gisbergen stayed hot on Whincup’s wheels with 30 laps to go.

With 23 laps to go, both drivers had stopped twice, setting up a 23-lap sprint to find a winner.

While Whincup retained the lead throughout the race, van Gisbergen found the lead with 13 laps to go and ran to win by almost three seconds.

“That’s a pretty impressive number,” van Gisbergen said of his 50th race victory in his career.

“Our cars were fantastic. Another start behind me, then I had to pay for the whole race, but I feel a lot better. I picked up my pace, I was a lot smoother and that’s just great to get another 300 points. “

With this victory, van Gisbergen is 245 points ahead of Whincup at the top of the standings.

Mattias Ekström: "I would like to see more competitors in ETCR"

Verstappen’s F1 engine may not be a loss in value