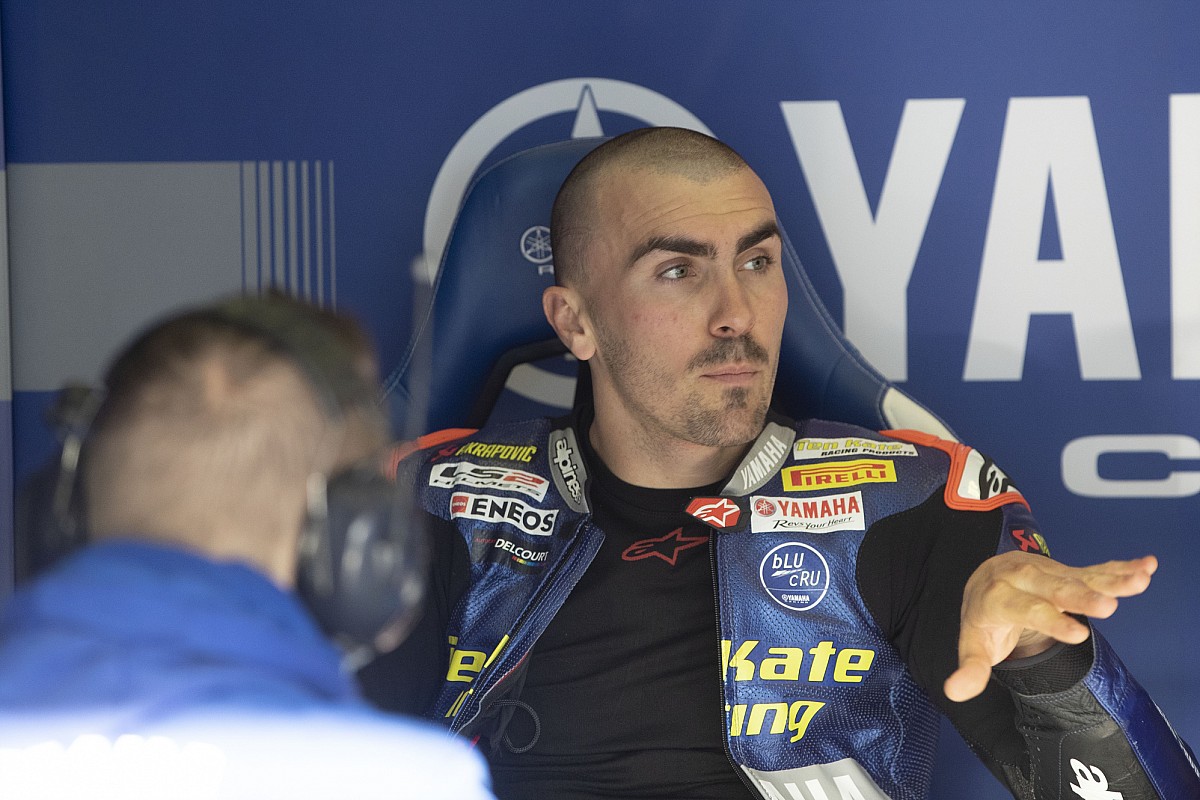 French rider Baz was recruited by Operation Go Eleven to a bike to replace Davies, who was kicked out of action after breaking his ribs in an accident during the Barcelona round at the weekend latest.

It marks a return to the WSBK paddock at Baz for the first time since the end of the 2020 season, following the collapse of the Ten Kate Yamaha team he rode last year.

Since then he has been busy campaigning on a Ducati in the MotoAmerica series, which ended last weekend at Barber Motorsports Park, finishing fourth in the overall rider standings.

Despite the fact that he will be on a fundamentally similar motorcycle this weekend in Jerez, Baz says he is entering his first WSBK racing weekend in just under a year with the sole aim of having fun.

Asked about his expectations for the weekend in an interview with the German edition of Motorsport.com, Baz replied: “Nothing, just fun. I will do my best as always, I give 100% every time. times on the bike.

“I had more or less a bike with the specifications of 2019 [in MotoAmerica], but here it is the factory bike with all the latest updates. It’s a really solid bike, we know how solid the package is. So this is a good opportunity for me.

“The good thing is that I don’t need to learn the character of the bike, just the updates which are different. Friday’s goal is just to try and get the feel of the bike. Pirelli [tyre] back, to understand the differences and find the configuration I want. We’re going to start with something really basic and try to find the direction I like.

“For the races, I [just] want to have fun and enjoy. I was supposed to stay in America eating burgers for a week and now I’m here riding my bike so I’m happy. “

Baz suggested that Davies’ replacement at Jerez and the following weekend at Portimao would likely provide valuable experience for what he hopes will be a second MotoAmerica season with the HSBK Ducati team.

Pressed to see if a return to the WSBK might still be possible, Baz said: “Neither would if I was in America… I always said I wanted to be back here. I still have my place here, but i only want to come back if there is a good bike and a good opportunity, otherwise i would rather stay in america.

“I’ll be in the US 90 percent next year, but around this time last year I was 100 percent sure I was riding a factory Yamaha in the WSBK, and here I am. so change very quickly. For now, it’s here and Portimao, so we see. “