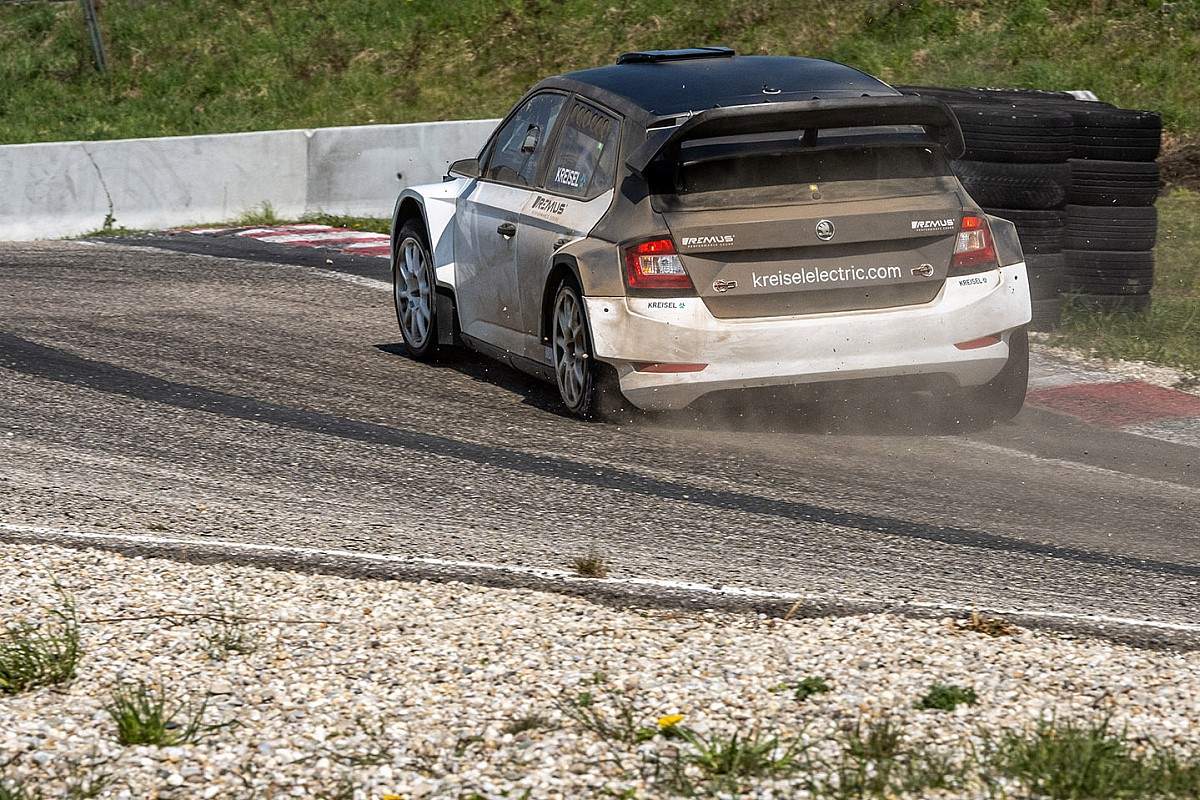 While the EKS JC team won the World RX team title in 2020, it was Johan Kristoffersson of Sweden who took home his third drivers’ crown on his return to the series, with KMS running a Volkswagen Polo Supercar built in factory.

Kristoffersson has since switched to racing for the EKS JC team for 2021, where he is currently running for the crown with his father Tommy as an observer, but for 2022 KMS will return to the grid in its own right.

The team have enjoyed success in circuit racing, rally and rallycross, and have been involved in World RX since the series’ inception in 2014, either under its own banner or by supporting other teams.

KMS has a long-standing relationship with the VAG Group through the Swedish dealer network, initially with Audi and more recently with Volkswagen, but it remains to be confirmed which car brand KMS will be on the road next season.

While Tommy Kristoffersson, former European Rallycross and Swedish Touring Car Race winner, will continue to lead the team, the roster has yet to be revealed.

“We already won a world championship title with our own team last year, but fighting for the very first world championship crown with electric rallycross cars is the ultimate challenge and the one that really inspires us – it “was simply an opportunity that was far too good to refuse,” said Kristoffersson Sr.

“We have a lot of history in rallycross – it’s what we do best – and we had several options at our disposal for 2022, but I wasn’t interested in starting something if we couldn’t do it right. . Fortunately, like us, our new investors really believe in the future of electric rallycross and are ready to embrace this exciting change. “

Last week, World Rallycross bosses announced that 14 orders had been placed for the Kreisel-developed four-wheel-drive, two-motor electric kit that will be adopted by RX1e machines at the highest level of the World RX next year. .

“We have great confidence in the developer and believe that these cars have fantastic development potential and will produce spectacular entertainment – they will be blazingly fast,” said Kristoffersson. “I have absolutely no doubts that we are going to create a product that will raise the eyebrows and drop the jaws of the fans. Our goal now is to find a manufacturer that we can compete with and the right drivers to do the job. “