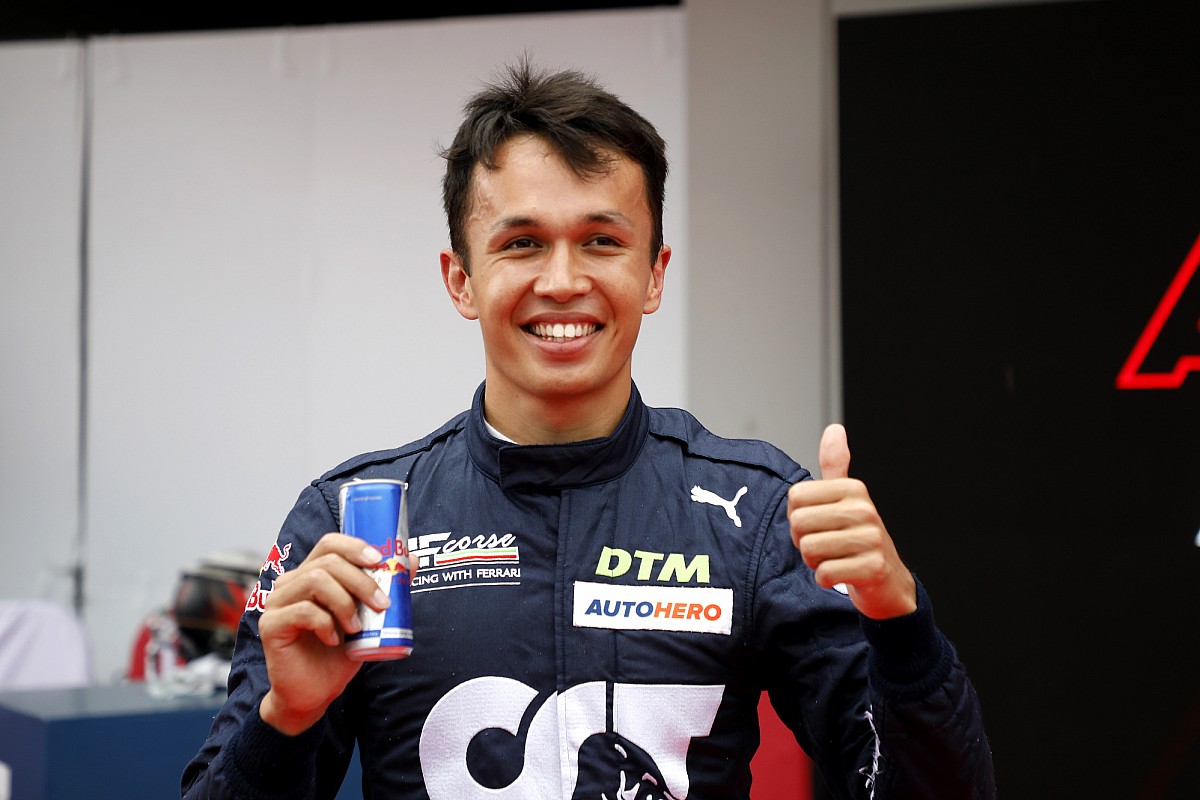 Although visibility on the track conditions deteriorated in the final minutes due to a late downpour, Albon was able to improve to 1m36.773s towards the end of the session to take the lead from the Ferrari d ‘ AF Corsica.

Toksport Mercedes guest driver Luca Stolz tied Gotz’s time in the second half of the session, before Juncadella became the first driver to remove the German from the top of GruppeM Mercedes with a time of 1m36.958.

Around this time, Albon was slowly moving up the timesheets from eighth to fourth before posting a time of 1m37.053 to take second behind Juncadella.

The Anglo-Thai driver then found more time on his last running lap, crossing the 1m37 mark to score his first pole and that of Ferrari in DTM.

Juncadella retained second place thanks to his previous effort, while BMW driver from Walkenhorst, Marco Wittmann, finished third at the end of the race with an impressive time of 1m37.056.

Van der Linde, who will carry 25kg of ballast in the race, was Audi’s top qualifier in seventh behind Stolz, with former Formula 1 driver Christian Klien eighth in the McLaren JP Motorsport.

The top 10 was completed with the second Abt Audi of Mike Rockenfeller and Esteban Muth of T3 Lamborghini.

Liam Lawson qualified 11th in the second Ferrari of AF Corse, while Sheldon van der Linde of Rowe Racing BMW could not do better than 16th despite a fastest first sector.

Markus Winkelhock qualified in 22nd place in third Abt Audi after a possible qualifying session, where he made several trips out of the track in difficult weather conditions.

COPO Chevelle vs. Yenko Camaro Drag Race is an ode to the Chevrolet 427 Muscle